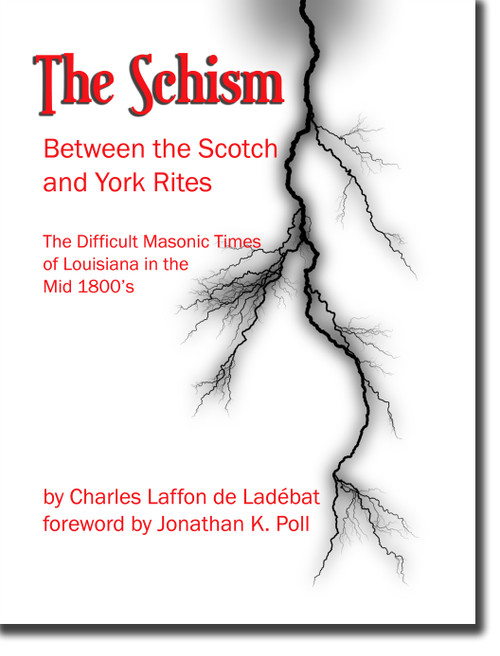 In 1850, everything changed for Louisiana Freemasons. Gone was the European style of Freemasonry as practiced by the Grand Lodge of Louisiana since its creation. By force, Louisiana was made to conform to the style of Masonry used by the rest of the U.S. Grand Lodges. This 1853 publication by Charles Laffon de Ladebat shows the emotion, frustration, confusion and pain experienced by the Creole New Orleans Masons as a result of the Masonic “war” that was inflicted upon them. Contemporary foreword by Jonathan K. Poll. Part of the Cornerstone Scottish Rite Education Series.

The Stone of the Philosophers: An Alchemical Handbook

The Story of the Ecossais Lodge of New Orleans

The Ritual of the Operative Free Masons

The Principles of Masonic Law