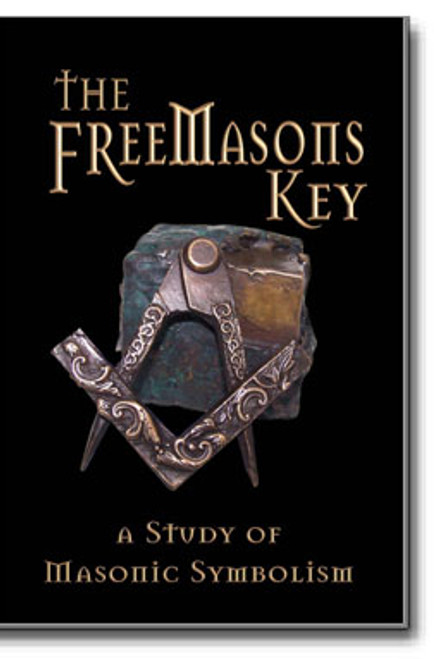 Symbolism is the language of Freemasonry. But what is symbolism? Why does Masonry use it? Who else has used symbolism? Some of the great minds in Masonic history (Albert Mackey, Joseph Fort Newton, Oliver Day Street, H. L. Haywood and more) answer these and other questions concerning the Masonic method of teaching as well as explain the symbolism of the Masonic degrees. This is an indispensable work for anyone seeking to better understand Freemasonry and its practices.

The System of Symbolic Instruction

The Symbolism of Solomon’s Temple

Evidences of Symbolism in the Land of the Incas

The Initiatory Rites of Druidism

The Secret of the Old Operative Masons

The Use and Symbolism of Color in Masonry

The Symbolism of Numbers

Symbolism of the Three Degrees

The Word of God

The Mystery of Masonry

The Psychology of the Lodge Initiation

The Origin of the Legend of the Third Degree

Some Notes on the Meaning of the Word Freemason

The Symbolism of the Old Catechisms

The Bible in Masonry

Mike Poll has developed a keen sense of ‘what’s needed’ in the publishing of Masonic books. In this work, he’s filled a HUGE gap that has existed practically forever.

When one becomes a Mason, the very first thing they want to learn about is ‘symbolism’. What does it all mean? What’s behind it all? For several decades, the standard work to address these emergent questions has been Allen Roberts’ The Craft and Its Symbols. This book will not take its place but it should easily become the SECOND reference for a new or inquiring Masonic mind. While Roberts has addressed the basics, relating them to each degree in a logical, patterned order, this work expands FAR beyond that and joins together essays from the best and brightest minds from the history of Freemasonry into a book which expands the richness of our symbolism in detail. Having these all in one easily handled volume makes it just SO much easier!

This is not to say that these essays themselves are easy: they are, for the most part, ones to which you will return again and again over the years, each time finding new gems of thought-provoking stimulation. They approach the subject of Masonic symbolism from varying angles, allowing the rich prism to shine and glow in your mind.

This is a book that has long been needed: I urge ANY student of Masonic symbolism to add it to their ‘read this now’ list and to their library immediately.

Freemasons Key is an extraordinarily valuable collection of essays on Masonic symbolism–from works that are important but awfully difficult to find. As a Masonic researcher, I’ll be keeping this book close by.

The Lost Keys of Freemasonry

The Constitutions of the Free-Masons