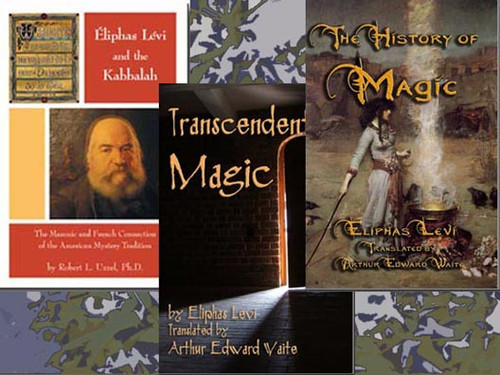 Eliphas Levi and the Kabbalah - by Robert L. Uzzel

A masterful account of Éliphas Lévi, one of the most celebrated Kabbalistic authors of all times.The influence Lévi exerted on such esoteric movement leaders as A.E. Waite; Madame Blavatsky; Papus; Aleister Crowley; Rudolf Steiner; Max Heindel; H. Spencer Lewis; Paul Foster Case and others is explored as well as remarkable insights into Lévi’s life and times.One entire chapter, devoted to Masonic legend Albert Pike, analyzes Pike’s “Morals and Dogma” revealing entire sections Pike took verbatim from the works of Lévi. This is a powerful and essential book by a respected Masonic and esoteric scholar.

Eliphas Levi’s 1854, “Dogme et Rituel de la Haute Magie” is often said to be the most influential book on Magic in Western culture since the Renaissance. Arthur Edward Waite’s 1896 English translation of the work changed the title to “Transcendental Magic” and further cemented Levi’s enormous influence as as esoteric leader and writer. This is Levi’s most popular and talked about work. Index. Photographic reproduction of the 1896 first English translation.

The History of Magic - by Eliphas Levi, Translated by Arthur Edward Waite

Eulis! The History of Love