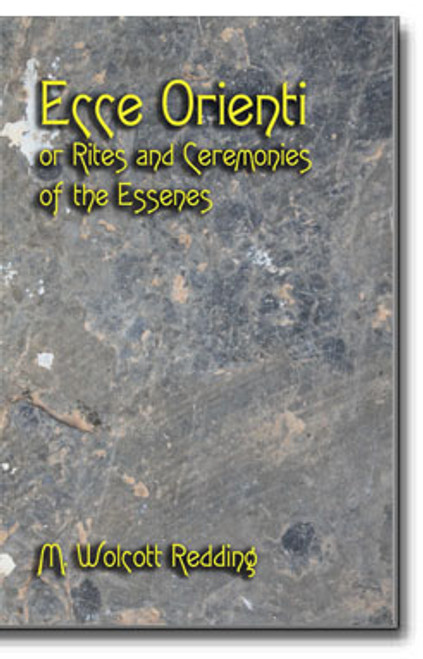 or Rites and Ceremonies of the Essenes

A history of the ancient Essenes along with their rites, cyphers (memory aids) and ceremonies. Most interesting for the ritualist or student of ritual study. At one time considered a “forbidden ritual” by some U.S. Grand Lodges, this is now an example of the misunderstandings some had towards old rituals or the unfamiliar. This is a classic example of old esoteric rituals confused with Freemasonry. Photographic reproduction of the 1881 edition.